Re: Nothing much interesting about Serenity's travels #9

I personally had a very successful and fun New Year’s Eve and (early) Day last night, which bodes well for the new year. I hope you did, too. So, for today’s episode in our series, I thought I’d share with you some of the New Year’s traditions from my part of the world. (Sorry for the length and large number of pics; I hope this is ok.) 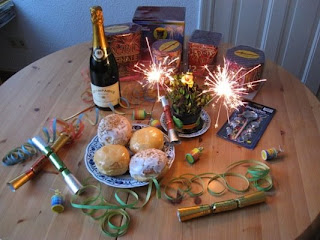 Pic # 37 shows a number of basic supplies. First off, we surround ourselves and give each other symbols of luck and prosperity, such as four-leaved clover and images of chimney sweeps. 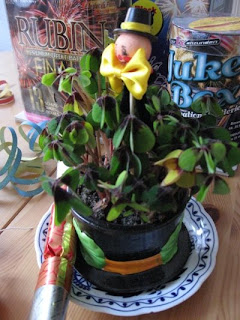 Other such symbols include images of pigs, horseshoes and fly agaric mushrooms.

The traditional meal for New Year’s Eve is carp 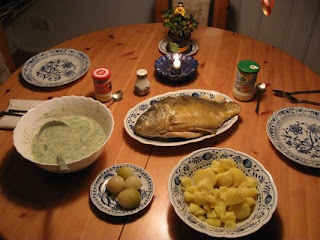 I know, it looks gross, and when you think too much about it, it seems ever grosser, but it is actually quite delicious. It is traditional to keep a few scales from the New Year’s Eve carp and place them in your wallet. This is meant to bring prosperity in the new year. This is the first year I am following the custom, so I expect to win the lottery this year and we’ll have our party at Skal’s ;D 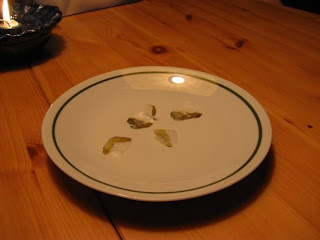 Another, and possibly the most persistent tradition these days is one you will find somewhat strange, and rightly so. You might remember the General asking me about it at the party. The tradition is to watch an otherwise completely obscure British comedy sketch “Dinner for One – Der 90.
Geburtstag” on tv on New Year’s Eve. You can find the version we watch here. It starts with a German intro, which really just explains to the non-English-speaking audience what is being said in the sketch itself, as that is in English. To demonstrate the importance of this tradition, here a photo of yesterday’s TV Guide with the showings of the programme circled: 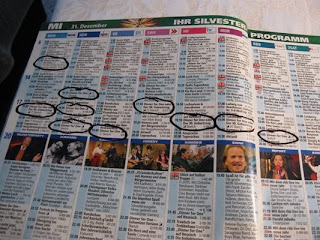 (Note the heading on top of the page, which says “Ihr
Sylvesterprogramm”; Sylvester is what we Germans call New Year’s Eve.)


The New Year’s night is the only time when individuals in Germany are allowed to light fireworks, and apparently we Germans are known to go to town. I myself opted for a number of multi-fire batteries 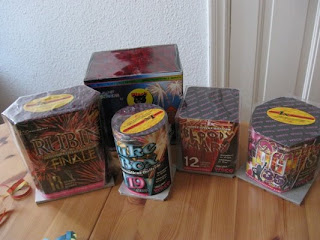 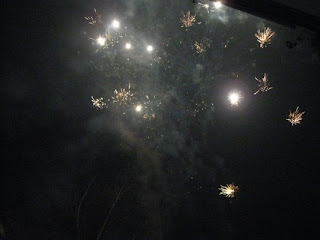 even though I was viciously attacked by a rogue cracker and was temporarily engulfed in rather loud green lights. No harm done though.

After the fireworks, which are lit midnight, mom and I looked into the future: BleigiessenSorry, Wikipedia only does this one in German.) You melt little pieces of lead in a spoon over a candle 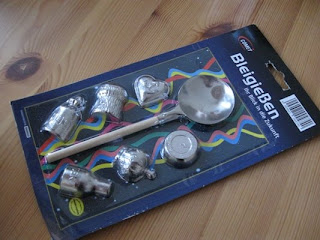 and then drop the molten lead into a bowl of cold water. The resulting forms are interpreted as signs of things to come. I had a beautiful flower, which stands for new friendship 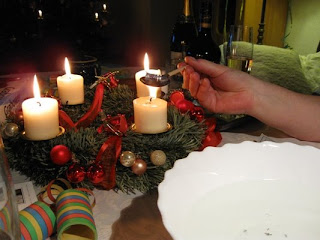 Mom had a pipe (fun in life), moss (money), the number 7 (numbers stand for luck in the lottery) and a golf club (which we freely interpreted as sportive activity, which we can both use). So all up, pretty good. 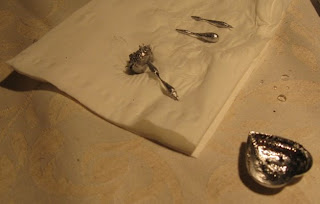 Another traditional New Year’s food is Pfannkuchen, to anyone but the Berliner also known as “Berliner”. This year, we opted for a nut brittle and an Advocaat-filled one each. The more traditional variety is jam-filled. At big parties, a mustard-filled one is traditionally thrown into the mix, but I find that a little too mean. ;) 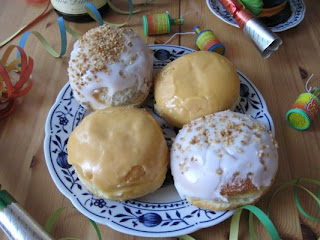 Of course, there was an amount of mulled wine consumed and we had a lovely sparkling wine to toast the New Year at midnight. After mom’s stamina waned at around 4 am, Serenity went to continue partying in SL. 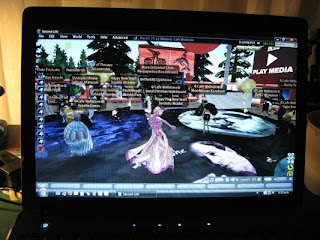 Again, Happy New Year, y’all!! I wish you all love, friendship, health, luck, prosperity and everything you wish for yourselves and your loved ones. :)

P.S. Look what I found after waking up just before sundown!!! 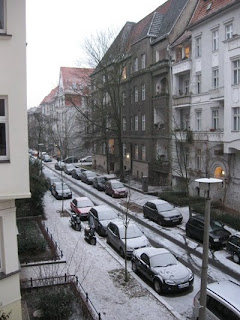 P.P.S. I almost forgot! Here is the photo I promised. Unfortunately, you will have to mostly take my word for it, as the pic was taken with a cell phone, after the batteries in my camera went out. This is a picture of a stall on a Christmas market here in Berlin. Those are usually entirely politics-free, but here, under the heading “folk crafts”, these T-Shirts with Obama’s image on them were sold. :D S. 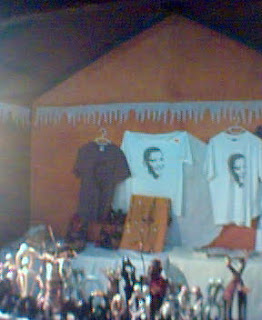 (ed note: NMIAST#8 will be up tomorrow. This one was too much fun! Happy New Year!)
Posted by Tammy at 6:14 PM

Party at Skal's huh? hmmm I better start laying in provisions. Imagine the infinite appetites of the various possible attendees? and i am going to need to start building a dance floor too. Gosh, what a busy year ahead for me. :)

Glued to the adventures of SPT. Rght this very moment.. -34c where I am, but it warms me up to read about traditions and bonding of a family during the holidays

Don't worry, Skal! The whole point is that I will take care of everything with the enormous sums of money I will win in the lottery. You only need to provide the surroundings and a spot for the bonfire. ;)

Thank You for these descriptions and photos.

Get professional trading signals sent to your mobile phone daily.

Start following our trades today & earn up to 270% per day.