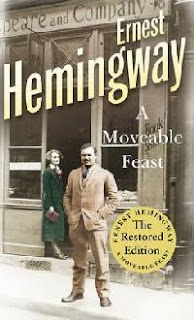 When I was a lad, not yet SeattleDan, but more like EncinoBoy, I thought myself sophisticated as compared to my peers, when it came to politics and literature. After all, I spent a summer reading Steinbeck, Fitzgerald and Hemingway (interspersed, of course, by the James Bond books). I watched the Jack Paar show, That Was the Week That Was, and made forays into the Tonight Show. My parents had introduced to the satirical stylings of Tom Lehrer.These were the heady days following the Assassination of JFK, the first years of the Great Society, and the great marches for freedom in the South. I was on top of it. I could name all 100 US Senators, the Cabinet heads, and, heck, even many of our Ambassadors abroad.

Of course, to help me keep abreast of the world, I had a subscription to Time Magazine. And my grandmother had one to Life that she would pass onto me when she was finished. I knew that they were Luce publications, and not without much bias. Still, the news was the news, and long before the days of cable TV. On a weekly basis, I was one well-informed adolescent. And so it came to be that I had in my hands one fine Saturday morning a copy of the Life Magazine that contained many of the excerpts from the recently and posthumously published A Moveable Feast by Ernest Hemingway, the memoir of his days in Paris and the Lost Generation.

The book was a revelation to me. Hemingway had, of course, known anyone who was anyone in Paris. He knew their brothers and sisters, their wives, their mistresses, as well as their uncles and aunts. And many of them ended up fictionalized in his first important novel, The Sun Also Rises. The revelation was two-fold. First, I became acquainted with many writers from that time whom I hadn't known about before reading Hemingway. His chapters are vignettes of the people he had known. He tells of a rather blustry Ford Madox Ford, who claims to be snubbing the writer Hilare Belloc. He describes the charm of visiting the Gertrude Stein household, and his later "break' with her (which seemed to come upon realizing that Ms. Stein was a lesbian, though I probably misread it at the time, as I don't think Hemingway was that naive). Hemingway tells the story of Ezra Pound's work to get T.S. Eliot out from under his job in the bank, which was unseemly, to Pound; poets did not and should not work for banks. (Pound himself was getting wrapped up in the monetary theories of one Major Douglas and would soon move onto Fascism once he'd made his move to Italy.) There is a lovely story of being with James Joyce and watching a puppet show on a Parisian street corner. Or, in Joyce's case, listening to the show, as his eyesight had significantly deteriorated by this time. His longest story concerns F. Scot Fitzgerald before he had become "poor Scott Fitzgerald" and a long car trip the two took across France. Hemingway relates along the way of Fitzgerald's many insecurites, including about the size of his penis, which prompted an apparent bathroom check for comparison's sake. And of the even sadder Zelda Fitzgerald whom Hemingway "realizes" was crazy when, at a dinner party, Zelda asks him, "Don't you think Al Jolson is greater than God?".

The other revelation for me was the tone of the stories Hemingway tells. He is gentle, wistful, and almost nostalgic. One writer friend once described Hemingway to me as "that bully" and in many ways my friend was right. Hemingway had created his own public personae that included a brusque way of conducting himself; of a kind of machismo that would be called out for what it was these days; and an insensitivity to other people that bordered on the cruel. A lot of that 'Grace under pressure" is crap, and in his better moments, Heminway probably knew that. But the stories in A Moveable Feast belie all that. He remembers those days in Paris with a fondness and kindness that is remarkable, considering his usual public displays. He recalls the days with his first wife, Hadley, whom he eventually divorced when he fell in love with someone else. Reading of his marriage here, i got the impression he was sorry that he hadn't stayed married to her.

Finally, I think it fairly remarkable that Hemingway achieved this tone here, when his personal life was going to Hell. I'm pretty sure he'd always been somewhat manic, but his later years he had become a complete paranoid.He was certain that he was being followed and had had his phones tapped by the FBI and CIA But, as his friend A.E. Hotchner recently pointed out, his paranoia was not without foundation. The FBI was tapping his phone and watching his every move. (A hat tip to my friend Brian for pointing out this article to me). That Hemingway was able to write such a fine book (he believed you could consider it a "fiction") under these very trying circumstances is remarkable to me. A Moveable Feast, in my very humble opinion, is Hemingway's best and most mature book.

Ernest Hemingway's books remain in print and as always can be obtained from Jackson Street Books as well as other fine independent bookstores. A Hello to other Oak Park denizen, Dave Von Ebers and Democommie, don't be a stranger. You are missed in these here parts.
Posted by SeattleDan at 7:06 AM 1 comment: