Department of Book Reports: End of the Year, Finally 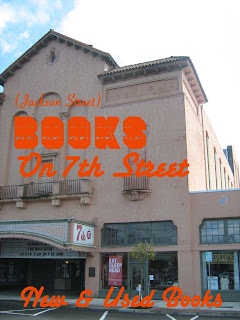 It's been a crazy year for the ol' Book Reporters and with the Holiday rush upon us, we thought we'd point out a few of the outstanding books we've read.
SeattleDan loved the baseball book, The Bullpen Gospels, relief pitcher Dirk Hayhurst's account of his struggles in both pitching professionally in the minor leagues and dealing with a highly dysfunctional family. Told with great humor and perception, Hayhurst's book is one of the best baseball books written. SD also treasured Guernica, the story of a Basque family before, during and after the Spanish Civil War. The work is a fine saga, mixed with the pride, comedy and tragedy of a strong people amidst some of the most gruesome aspects of the past century. Jeffrey Kaye's Moving Millions: How Capitalism Fuels Global Immigration is a fine study of how coyote capitalism spurs worldwide immigration. The book is rich in both anecdote and interviews; for those wanting an overview of immigration today, this is the book. Finally Adrian Goldsworthy's How Rome Fell analyzes deeply both the root causes of Rome's collapse as well as the notion of Empire.

SeattleTammy's favorites included Boneshaker, Cherie Priest's delightful Steampunk novel set in turn of the century Seattle, which leaves no Swash un-Buckled. Boneshaker has won just about every major award out there since you read about it here. Will Grayson, Will Grayson is a touching gay YA novel, which would appeal to straight or gay kids, especially those in theater. Our Second Life friend, Lelani Carver introduced us to Keith Thomson's Once A Spy and helped arrange a Second Life Virtual Author Appearance in March. We enjoyed several author readings in SL, including Peter May's Virtually Dead which actually takes place in SL!

SeattleTammy was recently interviewed by Erin Underwood about the Virtual Bookstore at her blog Underwords. Sunday, Dec 19th (6 to 9 pm PST), we'll have a Holiday Open House at Lacamas Reading Hall. Come on over to see which of our favorite authors drop by.

We wish you all the very best of the season and into the upcoming New Year.
Posted by Tammy at 5:10 PM No comments: