SeattleTammy had hope to prepare a celebration of the short story this week with a report on some anthologies she has been reading, but, unfortunately, some family business has come up at the last minute. Instead, I want to bring to your attention a couple of new book titles that we just received and are anxious to read. 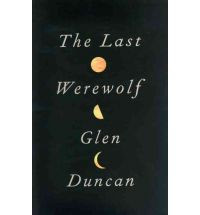 In these days where you cannot go to the bookstore without stumbling over the latest vampire and/or zombie book, Knopf has just published a novel by Londoner Glen Duncan entitled The Last Werewolf (Knopf, $25.95). The book appears to be a literary attempt to look at the werewolf legend as told in a first person narrative by Jake Marlowe. Jake is 201 years old and is the last of his kind, his last compatriot having recently been killed. Jake has settled into a state of despair, and plans to do himself in, ending once and for all, the legend of the werewolf. But it appears he is also being pursued by two different groups who are determined to keep him alive. Duncan is being compared to Bram Stoker. Having loved the Wolfman movies in my youth, I'm eager to read this one. 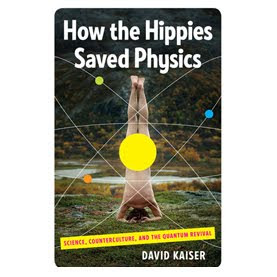 And for us Science for the Layman geeks, David Kaiser has written How the Hippies Saved Physics: Science, Counterculture, and the Quantum Revival (Norton $26.95). Kaiser tells the tale of some Berkeley physicists formed the "Fundamental Fysiks Group" in the 1970's. Delving into and using ideas of Eastern mysticical thought, and New Age ideas, this group transformed the then moribund field of Quantum mechanics with new insights. Kaiser himself is a professor at MIT and a historian of science. 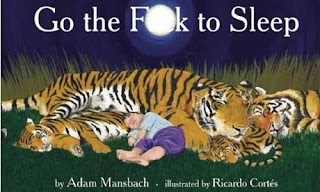 And back in stock is Adam Mansbach's picture book for every exasperated parent in the world Go the F**k to Sleep (Akashic Books $14.95). It is very funny and will bring a smile to your face.

These books are available at Jackson Street Books as well as other fine independent bookstores.
Posted by SeattleDan at 10:54 AM 1 comment: