Life is a Bowl of Cherries! 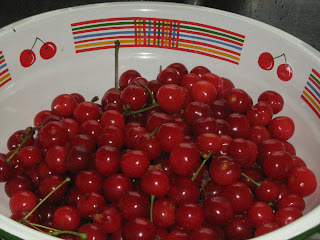 One of the really cool people we've met over on Second Life is Brian Sayrs (and his lovely wife Michelle) who is running for Spokane County Commissioner. I had mouthed the usual platitudes, "let me know if I can help out!" and he actually asked me to do something.

Well, okay. I didn't actually have a reason to say no graciously.

Brian asked me to call a list of people who had signed up to support his campaign and tell them about a parade on Saturday last. Call people? well, I've been doing that officially for a few years. But, it was scary. I didn't want to be one of the robo-drones, who I try to connect with when they call for a good cause and they obviously don't have a clue who they are calling about. So, I read up. And I liked Brian even more after that.

And, I made 63 phone calls from my cell phone. I got to talk to really wonderful people, who turned the tables on me and told me how great Brian is! I just told them about the parade. 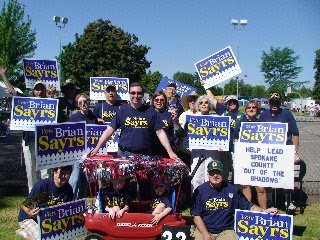 Lots of folks showed up! Everyone had a great time. Brian told me his mom had been asked "where is Tammy? I want to meet her!" That's very sweet, but I had tried not to let on that I was calling from the Polar extreme: Hoquiam to Spokane. 'Bout as far away as you can be in Washington. I really wish I could have been there and met those folks. But, I think I'll be talking to them again.

The main reason I think Brian will win is that his policies and positions are in favor of bettering his county. But if I can swift-boat his opponent from way over here, allow me to point out that the incumbent has been in office for 4 years, and still can't spell his own job title. 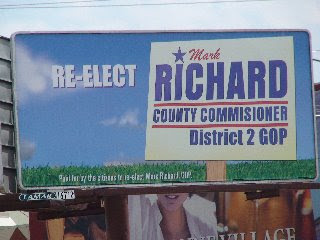 What the Tech Support Dude is doing while you're on hold