I uploaded this extremely boring clip of one window being removed. The guys will be back on Monday, and hopefully my directorial skillz will have improved.


UPDATE! Latebreaking video! Turtle walks into a corner. With soundtrack.

See more funny videos and funny pictures at CollegeHumor.
Posted by Tammy at 5:50 PM No comments:

Meanwhile, while no one else is looking 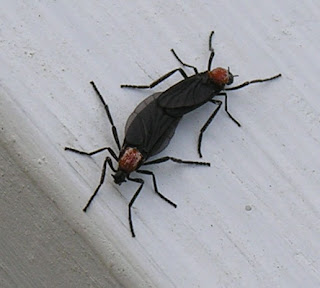 BUGS! there are Lovebugs, Flying Ants and Mosquitos! They bring West Nile and Encephalitis. The people in her building, with no air conditioning, really need mosquito netting. It can be had at Barre Army/Navy for 99 cents a yard and they need a lot! Go buy some and have them ship it to Hotel Du Fucktard. If you need the address, give me a holler.

Since there is no electricity in town, the one grocery is only open for limited hours, and they limit how many people can go in at a time. The convenience store isn't selling/pumping gas yet, so no one can get to anywhere else to get goods. There seems to be one communal BBQ, but it was shut down when annti wandered down hoping to cook on it.

The local gubmint tool, flew over and declared that the people were being delivered MRIs and ice, but the announced handout didn't happen at 2pm today, FEMA finally showed up about 8:30pm. Still, they didn't have much, and annti tells me folks need blue tarps and first aid. And prescriptions. Fred's has a generator truck, but the pharmacy isn't open. It was the end of the month and people hadn't had a chance to re-stock before the shit hit the fan. Diabetic supplies are in great need.

Since there is no refrigeration in town, basics such as eggs, milk, bacon/meat are non-existent. She's losing meat out of her freezer for lack of ice. I told her to put an ice cube on her head, and she didn't think she had one to spare from trying to save the food. There's still at least one day left before electricity returns, if not much longer.

Don't believe the media telling you "it's all OK!" and we dodged another Katrina. The people out in the boonies are being ignored. They really need us now.

Do whatever you can.

UPDATE! Entergy has said it will take maybe 21 days to get power back to Annti's building in St. Francesville. I sent this comment and you can go tell them your thoughts here.

"I have a friend in St Francesville and I just heard it is going to take you people 21 days to get power back to an apartment building for disabled/elderly people. Excuse me, but I gotta ask, WTF? This is my real name and number. I would appreciate an answer. Thank you, Tammy"
Posted by Tammy at 9:59 PM 1 comment: