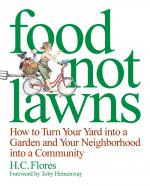 To celebrate Spring and Michelle Obama's new garden, I'd like to point you at Food Not Lawns: How to Turn Your Yard into a Garden and Your Neighborhood into a Community, by H.C. Flores (Chelsea Green Publishing, $25)

This book gives you all the basics for growing food on that most wasted ground in America, the manicured lawn. The lawn itself is a hold over from romanticizing Colonist's desire to best the "old country". Our suburbs and cities do not have the acreage to support vistas of lawns for each household and the result is a cramped bit of yard. Why not turn it over and quit using the chemical broadleaf suppressant fertilizers? You'll mow less, and eat better.

Flores' work in Eugene has now blossomed into a global movement, and you can find many resources at foodnotlawns.com.

Still think it's too difficult? Here's a nifty video to show you how one garden started a movement.


If you're in the greater NW this next week, check out the Second Annual Greenfestival. Keynote speaker will be Alice Waters.

Visit msnbc.com for Breaking News, World News, and News about the Economy

Sign the Thank the Obamas petition!
Thanks to the good folks over at The Political Carnival for pointing out the Alice Waters interview.

democommie turned tail and ran when he learned this book report would actually entail use of a spade and turning shovel. Order the book anyway! 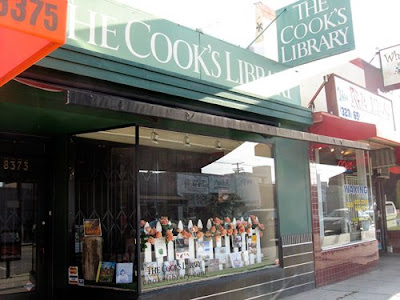 Despite being located on the bustling stretch of 3rd Street east of La Cienega, she is convinced the bookstore lost business to online bookseller Amazon. She and her staff might spend 30 minutes with a customer, she says, only to have them write down the recommendations and leave — to buy the books over the Internet, she thinks. "Bookstores are suffering," she said. "It's pretty discouraging." And with the current economic climate, the bookstore faced insurmountable challenges.
Posted by Tammy at 10:13 AM 4 comments: 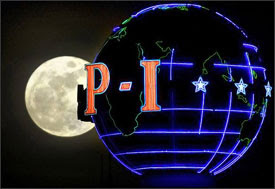 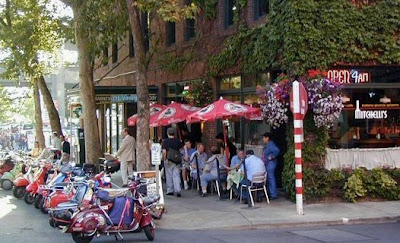 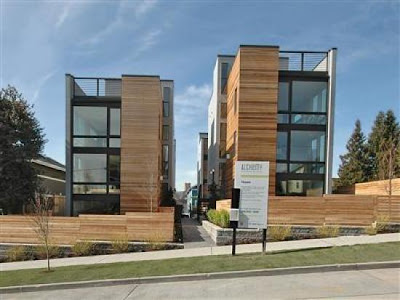 If you don't like over-the-top violence, random mayhem, senseless sillyness and excessive drug ingestion, just move on. This book isn't for you, mkay?

If you think Jim Hall is too serious, S.V. Date is only writing non-fiction anymore, Charles Willeford died too soon, Randy Wayne White is spending too much time in his bar, Carl Hiaasen has mellowed with age, and Vicki Hendricks just doesn't write enough... it's time to pick up a copy of Tim Dorsey's work!

As we join Serge Storms and his hapless sidekick Coleman, Serge has begun blogging. Just what the blogsphere needs! Another OCD/anal compulsive blogger with a disdain for his audience. Lord knows, there's too few of those around. (Note: for you close readers, who actually retain facts from earlier installments; Yes, Coleman did technically die at the end of Florida Roadkill, but if you -the author- kill off every character in your first book, it's hard to meet your publisher's demands of an on-going series. Let's just move on and accept this reality, shall we? Still confused? Perhaps this chronology will help.)

And just in case you suspect Tim may not actually research his novels, please look here.


I'm not going to give away the plot here, but if any of the following pique your interest, Nuclear Jellyfish is the book for you!

Type that into a google search and there will be a knock on your door. Wouldn't it be safer to buy the book? Use the "ask the bookseller" button to request a signed copy.

UPDATE: Just got a note from Tim, and he sends along a teaser chapter for us!
Hey Tammy,

Great to hear from you and sorry we missed each other in Seattle. Still smiling about the Seattle Tour and bullet holes! ... I've pasted in the opening below. Hope all is well with you up there!

Serge’s Blog, Star date 485.328.
First off, fuck the word Blog. I hate it and all who use it. “Lol,” “imo,” “Today’s mood: Introspective yet ambivalent.” Just shut up. The Internet was supposed to become the ultimate democratic forum. It did: Now everyone can be a porn star. Then there are these retarded blogs.
It’s been said that inside every life is a fascinating book, or at least a chapter. Wrong. Some people don’t have a freakin’ semicolon, like that woman in Delray who blogs everything her cat does, and her cat even has a blog and every word is meow. But you have to play the hand you’re dealt, and I can’t exactly stand on street corners with a megaphone sharing my Big Answers on Everything. That was my first choice, but a monkey wrench hit the works: a few itsy-bitsy little
incidents. Murder is such a charged word. You know how some people fixate and won’t let things go? They’re called cops.
So I guess I should be thankful for the Internet. Especially since my newly launched travel advisory service demands the latest cutting-edge communication technology! Who better to guide you around my fine state? Right, I know what you’re thinking: “Serge, without delay, give me an example with more value than I could expect to find elsewhere!” Okay, if you’re staying at a budget motel that has mandatory daily maid service, they have a meth lab problem. Or I can tell you how to extract yourself from the wrong bar with only a paper clip and a ballpoint pen. And if you’ve ever seen a motel room scanned with one of those ultraviolet semen cams, your head would never hit another pillow. Does William Shatner provide this kind of biting insight? I think we both know the answer. Before I debuted this blog, I applied to all the big established Internet travel sites, but they said they didn’t think their clients were interested in how to pick hookers who wouldn’t take all their credit cards. I said, “Look, you can spend the rest of your days scrapping it out in the web site ghetto, or you can make the roaming gnome your bitch.” I think there’s something wrong with my phone because the line kept going dead at that point. So until I
get proper sponsorship, I’m forced to put up my own wildcat site. Did I mention it’s totally free? What a bargain! Let’s get to it!

democommie was unable to help with this book report as he is outside, sitting next to his mailbox, waiting for his copy of Nuclear Jellyfish to arrive. If he keeps dumping out the mailman's bag everyday, "just to make sure", we may need to start another Bail fund.

And now a word or two from the author:

While this is certainly a lovely example of father/son bonding, learning that Ax Men didn't bother to check and see if the logging company actually had the necessary permits to harvest trees from underwater state properties has a certain irony.

“We determined that this outfit was taking logs that were submerged in the mud,” Raedel said. “They were taking it illegally.”

Deputies and officers from the state Department of Fish & Wildlife cataloged the evidence, measuring logs and marking different equipment. A salvage barge was impounded.

In the show’s first episode, Smith’s barge hit the bottom of the Riverside Bridge in Hoquiam because he was traveling on a high tide. The episode ended without any success in obtaining a sunken log.

In the show’s second episode aired this week, Smith’s barge had engine problems, then the motor for his winch ran out of gas as he was trying to pull an old growth log stuck in the Hoquiam River. Smith said on the show he figured the log was worth $10,000 and could be used to carve musical instruments. The episode again ended without any success.

I think this phenomenon can be categorized as "Logger Fail"

UPDATE: It doesn't take long for the wing nuts to pipe in:
DNR, commissioner overreact to “Ax Men” issue
Wednesday, March 18, 2009
The Department of Natural Resources shows it prefers punishment over cooperation. The recent felony charges filed against S&S Aqua Logging for removing old growth snags from the Hoquiam River seem to be an overreaction to what really may have been a misunderstanding.

My wife and I saw the Ax Men episode in question and were delighted with the good things it showed about the area. While the Friday press release cites DNR Commissioner Goldmark’s principle of conducting work in the public’s interest, doesn’t the good publicity of the local area’s scenic beauty, the marketing of old growth timber’s aesthetic uses, the dedication and hard work (and colorful language) of local work force, and the film crews’ expenditures also benefit us?

Is Washington state now going to be avoided by the film industry? What film company now wants to worry about over-reaction of local and state authorities?

DNR could have handled this quietly but instead chose to set an example, while alienating those who could benefit our community.