I had hoped to live blog this last week, but the Hotel from Hell had the worst wi-fi I've ever seen. If you have to go to Portland OR, and you must stay near the airport, stay at any hotel but this one. Just sayin. 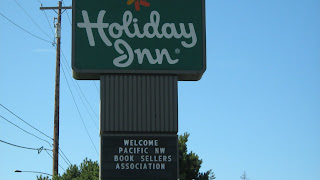 The show floor! Table after table of glorious books! Yes we were in heaven. I used the weekend to ask authors, publicists and publisher reps for authors to read in Second Life. I have 16 yeses, and more contacts for the future. 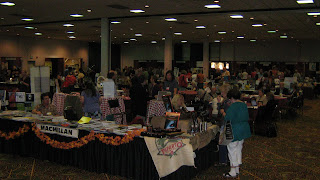 Running into old friends is the best part of the show. 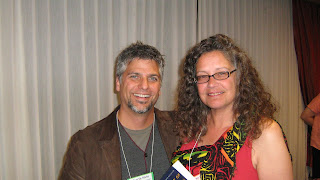 And speaking of Garth, Larkworthy made a lovely machima of the reading for us:

You know Booksellers are cool, cause we read graphic novels! 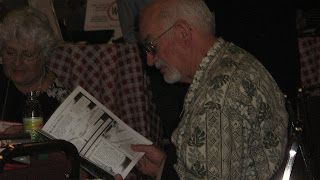 Seattle Author Jennie Shortridge has her new novel When She Flew which will be along in November. Garth says "Smart, Funny... and Wise." 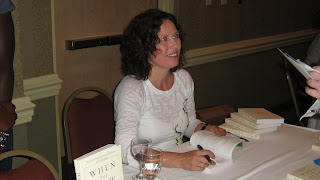 Rebecca O'Connor's Lift is her life journey as a falconer. I must tell Siobahn about this one! (twitter!) 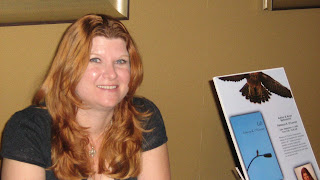 I was so excited to meet the folks behind Boilerplate! Their encyclopedial Boilerplate: History's Mechanical Marvel is a joy to read. They've agreed to a reading so get your SL Steampunk gear ready! 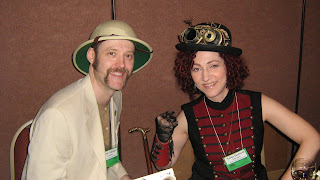 Vampire coffee. I'm really tempted to snicker here, but the Twilight Frenzy is everywhere. The local rag had a breathless front page speculation earlier this week, that some scenes in the next movie might be shot here in town because an auto parts store in Hoquiam is briefly mentioned in the second book. Even though the entire first movie was filmed on Oregon's coast. And Vashon Coffee really is quite good. 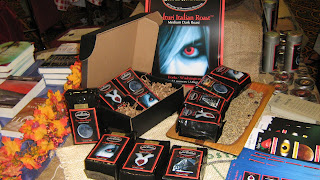 The Buzz Book Award is voted on by booksellers at the show, for most impressive book of show. This year, the winner is Hands at Work, a book written by Iris Granville and photographed by Summer Moon Scriver. 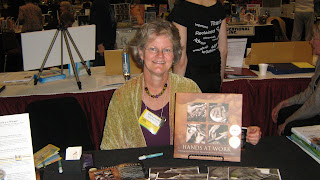 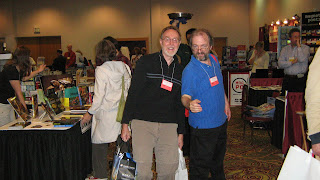 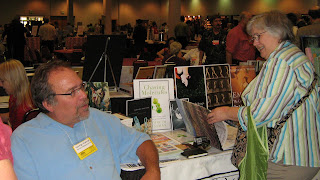 After a long day on the tradeshow floor, it's time to hit the bar. Chuck from Village Books (twitter!) tells us of his plans to buy an Espresso Book Machine and their plans to help other NW bookstores republish their local favorite book for sales through their store. I'll be trying to track down They Tried to Cut It All, a history of logging on the coast. 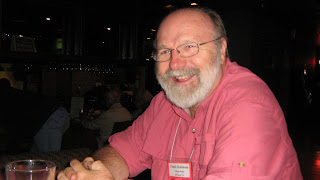 The author dinner is a real treat, as 5 different authors come to your table to tell you of their book. I picked Randy Sue's table, so we could have some time with this sparkly lady. 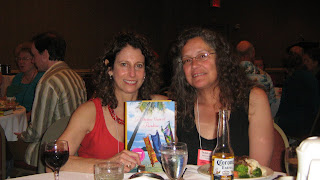 Doug Scott is the policy director of the Campaign for America's Wilderness. Our Wilderness: America's Common Ground is a lovely photobook that should be a hit across the country, with stunning photos and history of our national parks. 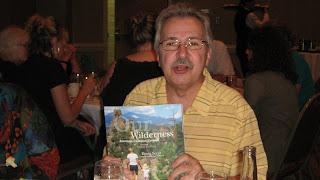 Gregg Olsen is another old friend, his true crime is well respected in the Northwest. A Twisted Faith tells the story of a Bainbridge Island minister who carried on 5 affairs with parishioners while plotting the death of his wife. This one doesn't get published till next April, rest assured there will be a bookreport! (twitter!) 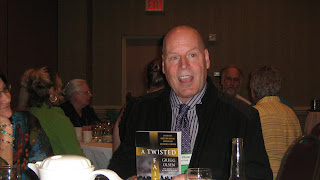 Cathy Lamb has Henry's Sisters, which has been praised as "positively irresistable" by Publisher's Weekly and is a September 09 IndieFirst Pick. 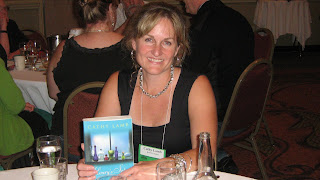 Kevin Michael Connolly, who, without a doubt is the most inspirational person we met last week. And if you're thinking it's a might presumptious of a 23 year old to write a memoir, let me re-assure you: not this 23yo! Born in Helena MT, with no legs and scant medical assistance, his parent decided to raise him to be a problem solver. When his wheel chair became too awkward and cumbersome, he decided to take up skateboarding. As someone who has been looked at all his life, he decided to start photographing people as they viewed him. He has traveled around the world on a longboard, and writes of how we look at people who are different. Far from bitter, he offers insightful essays on how people's reactions vary by locale and age. This is one young man I'll be keeping an eye on. Read this first chapter at HarperCollin's website, and look around at the photography. (twitter!) 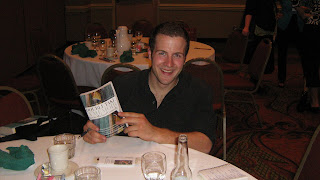 Back at the bar, and here's Jess Walter and Timothy Egan. I eagerly read Jess' The Financial Lives of Poets the minute we got home. Jess was determined to write a comedy this time, and he has, although it's a very dark comedy. It's set amid today's financial collapse and centers on one man's mis-steps and over-stretched accounts. This will be next week's book report, so you'll have to wait till then for more. Timothy Egan follows up The Worst Hard Time with The Big Burn, which chronicles the August 1910 fire that blazed across Washington, Idaho and Montana. In the space of two days 3 million acres of forest and small towns were destroyed in its wake and America mobilized the largest ever firefighting team to try and fight the blaze. The aftermath of this fire allowed Teddy Roosevelt and Gifford Pinchot to make their dream of a national forest a reality. The Big Burn publishes in October. 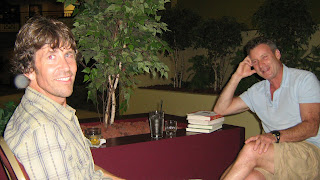 Home again, and time to put the books on a shelf and admire them. The face outs in the pictures below show authors who will be reading at Jackson Street Books in Second Life. First up: Marijuana is SAFER, Oct 5th 6pm(Pacific) Mason Tvert, director of SAFER will discuss his recent book on marijuana facts and legislation. (twitter!) 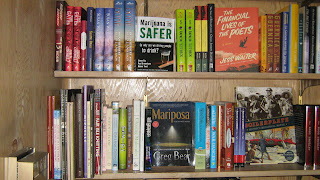 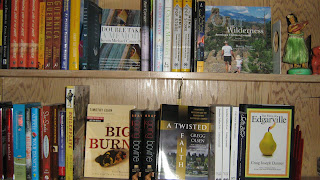 Most of these books aren't published yet, but send us an email at info@jacksonst-books.com to pre-order. We'll be happy to get you a copy.