who will post first? Me or Idella? I challenged her and now I'm copying as fast as I can! 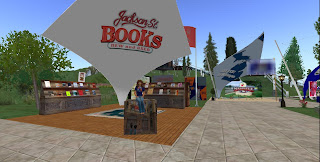 Yeah, she might have a nice picket fence, and a stage that would make Garrison cry, but I have a ride! The Sit-n-Spin cube. 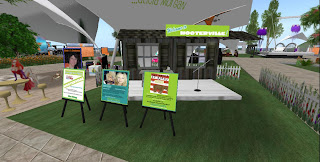 Here's our pal Stormbear! Won't you send a book to a soldier? 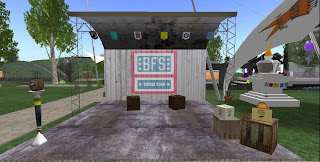 The Canadians are coming! Look out! 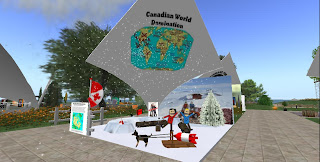 Oh, wait. They want to explain Healthcare to us. 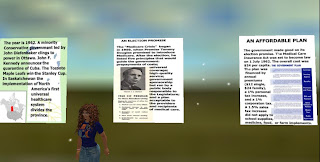 Here's an intersection where you can snag a free pair of Rainbow Mittens or Ask Sarah a Question. 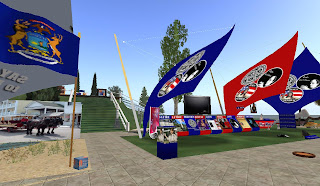 Moody Loner will help you get your WoW on. 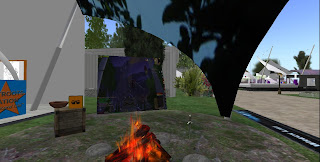 Okay, isn't that enough reasons to come to NetRoot Nations in Second Life? What are you waiting for? Jump in. The water's fine.

Stormy will tell you here and here. Mala jumps in today! 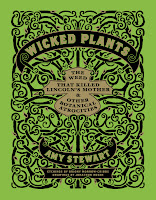 Wicked Plants: The Weed that Killed Lincoln's Mother & Other Botanical Atrocities by Amy Stewart (Algonquin Books, $18.95) This small, yet disturbing book is a delight to hold, with it's lovely boards and ribbon marker. The stories inside tell of Mother Nature's most poisonous creations. While most native cultures knew of a plant's deathly capabilities, it is often the new resident of a region or a tourist who run afowl of these killer plants.

The Jimsom Weed, D. stramonium, a member of the Datura family, was rampant on Jamestown Island. Initially attractive to the first colonists because it was not inhabited by hostile natives, it was also inhospitable to most crops or wild game and the brackish water was suitable only to mosquitos, not potable for drinking. It was over run by a lovely plant, and someone soon made the mistake of adding it to dinner. Those who ate it died of convulsions, delirium, and respiratory failure. Those who survived, did not forget this lesson and when British troops arrived 70 years later to quell the American's uprising, they were fed leaves which caused the same symptoms, but not death and allowed the colonists an advantage while the soldiers blew a feather up into the air to dart straws at, or sat naked in a corner like a monkey grinning and grimacing, while yet another fondly kissed and pawed his companions. The plant's nickname Jamestown Weed over the years became know as Jimson Weed and is found all over North America.

This isn't a completist volume, but rather captures fascinating stories of flora tragedy throughout history. Each plant is examined and its fatal history recounted. Botanical details are included in a sidebar. Each chapter ends with Meet the Relatives that often includes quite worthy cousins used in culinary or medical treatments.

The plants talked about are poisonous, invasive, illegal, carnivorous, opportunistic, explosive, flammable, psychedelic, phototoxic, asthma inducing or just plain intoxicating. There are plants who rely on other host plants or animals to work their wickedness.

Sometimes these traits can be used to advantage, as the Swedish engineer George de Mestral realized while picking Burdock out of his dogs fur. He later invented Velcro.

Even the afterword has no good news, as the once widely recommended Syrup of Ipecac, Psychotria ipecacucaunha, is no longer prescribed because while it can induce vomiting to purge other poisons, it can mask symptoms and make diagnosis more difficult. It has also been implicated in cases of Munchausen by Proxy and Bulimia such as Karen Carpenter's tragic diet.


Amy Stewart and her husband live in Eureka, CA and tends her own poison garden. They own and operate the antiquarian Eureka Books and signed copies of her books are available there.
If you're going to be in New York before Sept. 6, you can view the Botanical Gardens own Wicked Plant Garden or see the lovely copper plate etchings that Briony Morrow-Cribbs created to illustrate the book. Briony herself gets a foot note, as she shares her name with a family of wicked plants, Bryonia which includes snakeweed and bastard turnip, and causes vomiting dizziness and respiratory failure. In the Northwest, B. alba is considered a kudzu, and Briony is represented by the Davidson Gallery in Seattle.

This Book Report is dedicated to No Blood for Hubris, herself a wicked gardener in her own right.

Wicked Plants is available at Jackson Street Books. Amy's blog, Dirt is the place to view and purchase her lovely oil paintings.

I wanted to share the audio from our author event with David Neiwert in Second Life last week. Click to hear the General interview Neiwert about his book, The Eliminationists.

Cross-posted from Jesus' General.
Posted by Tammy at 6:45 AM 5 comments: