Department of Book Reports: The Invention of Air

Steven Johnson's The Invention of Air: A Story of Science, Faith, Revolution, and The Birth of America (Riverhead Books $25.95) centers upon the figure of 18th century intellectual luminary, Joseph Priestley. In an era that included such figures as Dr. Benjamin Franklin, Thomas Jefferson, Antoine Lavosier, as well as the French Philosophes, Priestley still remains an intellectual giant. Not only was he the man who discovered oxygen (although he did not get the chemistry of his discovery and Lavosier was the scientist who named the element), he was a political thinker who supported both the American and French revolutions, and minister as well, who founded with Theophilus Lindsey the first official Unitarian denomination in England.

Johnson explores the milieu in which Priestley made his discoveries. He examines both Thomas Kuhn's notion of Scientific revolution, as well as Karl Marx's notion of dialectics, in order to explain how this unlikely man (who also discovered the idea of soda water) could make the discoveries he did, and finds both models incomplete. Johnson examines the London Coffee Club which provided a culture where Priestley could share his ideas with his friends, including Franklin. The group Priestly belonged to was the Honest Whigs; in the 18th century, the notion that one could separate science from religion and politics did not occur to them, and many lively discussions were had. (Johnson rightly notes that science is not ever far removed from politics, reminding us of the issues of global warming and stem cell research.) Johnson also discusses the changing social landscape of England and its contributions to Priestley's thought, with the coal rich and indutrializing northern England, as opposed to the agrarian south.

Priestley suffered for his radical political positions. In the end of his time in England's green and pleasant lands, rioters burned down his home in England, which prompted him to become the first of many men of science who would someday emigrate to the fledgling American republic. Even in the last decade of his life, Priestley could not avoid politics. Only the intervention of his one-time friend, President John Adams, kept him from being prosecuted under the Alien and Sedition Acts.

In his lifetime, he also published a work taking on what he considered the corruptions of the English church, a work that much influenced his other great American friend, Thomas Jefferson's version of the Bible. Whatever the stereotypes of the Church now, to be a Unitarian in the 18th century was to be a heretic. Unitarians denied the concept of the Trinity (hence Unitarian and not Trinitarians) as well as the divinity of Jesus. Unitarians could not hold public office in England. In America, there was no such prohibition.

Johnson has written a superior and fascinating intellectual history, one that will reward any reader. Now, one of these days, I need to read another novel. But as long as books like this get published, it may be a while.

And if I may be indulged a couple of asides. First, my friends over at The Political Carnival, GottaLaff and Paddy, have done some great work on the detainees at Gitmo, which was discussed on David Shuster's show on Friday. Go please take a look.

I also want to reiterate the General's invitation to join us Second Life progressives at tonight's showing of A Soldier's Peace. After the show and the interview, we will have some live music, courtesy of the author of the piece, Zathras Afarensis, and then I will spin some tunes. Please feel free to join us. We have many people who would be happy to mentor new SLers, including my wife, the lovely BookemJackson Streeter.

How to stalk an author

Garth Stein announced a contest this week; download the "lost dog" poster and snap a picture in a cool location. Sure I coulda gone around Hoquiam and posted it, but I thought it'd be fun to take it to Second Life. I spent all afternoon serial Tweeting my search for Enzo. Here's a re-cap: 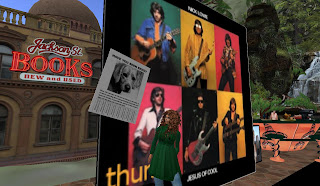 First I put it up at Cafe Wellstone, where I'm hosting the Album Cafe tonight: Nick Lowe's Jesus of Cool, 30th anniversary edition. 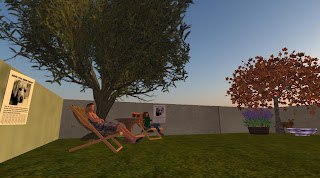 Michele's lovely rooftop garden. Enzo got to drink from the pond. 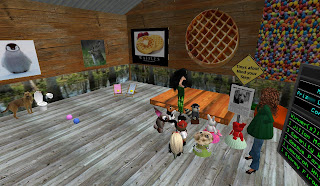 Enlisting the help of the Tiny Troops at the Tiny Yak. Enzo! don't drink from the toilet! Tinys pee there! 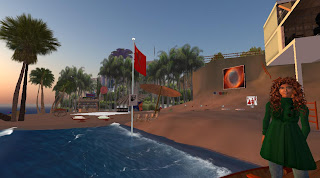 The beach at the Blue Footed Booby. Dances every Thursday after Virtually Speaking. 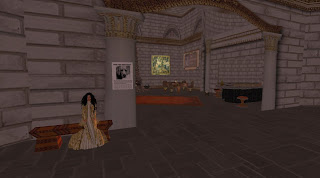 I didn't tweet this pic of the lovely Luna as it was so hard to see Enzo begging scraps under the table at the Barefoot Lass Tavern. 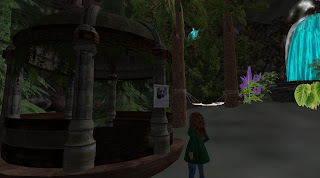 Night time at the General & Witchy's gazebo. Don't go into the woods, Enzo! There are bears at the Hetstance Ranch! 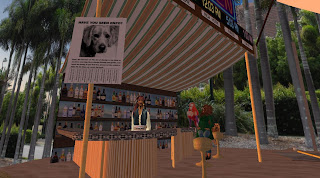 Back to the Blue Footed Booby Bar to drown my sorrows with flat Jack Sparrow. 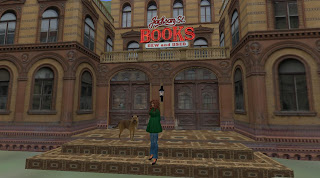 Returning home. Hey! There's Enzo waiting on the steps! Isn't that the way it always goes? 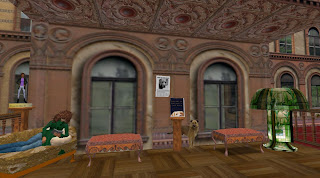 Big Thanks to all my Second Life friends who helped with these photos.

I had asked Garth last week to read The Art of Racing in the Rain at the SL bookstore and when he asked "Where/what's SL?" I sent a lengthy essay with links. His reply: "Oh, god, you're a nut. This is too much for me to learn." But the pictures today did the trick! From Twitter: "garthstein@jacksonstbooks Oh, that is quite brilliant. I am definitely doing a reading at SL. As soon as my 13 yr old teaches me how."

Labels: Art of Racing in the Rain, Second Life, SL 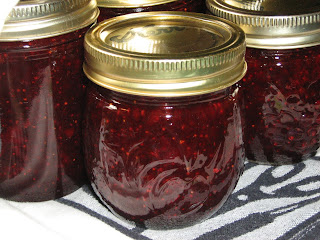 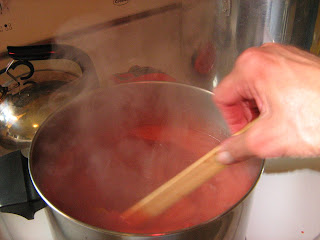 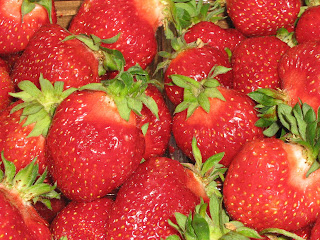 Spooner Farms is one of the fields I picked as a fourth grader. I think we got 50 cents per flat. You wore a punch tag on a string around your neck and on Friday you turned them in to collect your pay. If you were lucky enough to be assigned nice clean rows and picked pretty berries like these, you got moved up to pick for the fruit stands. Then you'd get 75 cents a flat. I hope they pay better now-a-days, as this half flat costs $10.00

Strawberry bombs were a favorite field prank. Find a really large berry, that's over-ripe and squishy, preferably with a slug or two attached. Insert firecracker into stem end, ignite and toss into the row in front of your friend. Hilarity ensued. 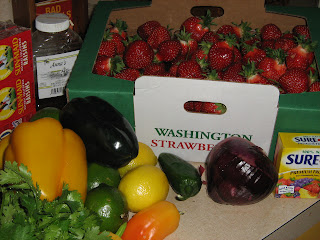 I can't can Strawberry Salsa because I don't have a pressure cooker, so we'll have a fresh batch tonight with avacadoes
Posted by Tammy at 1:34 PM No comments:

The Revolution Will Be Twittered. 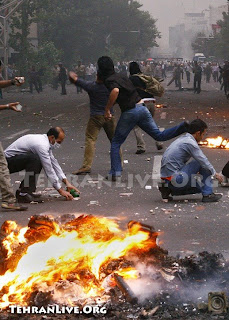 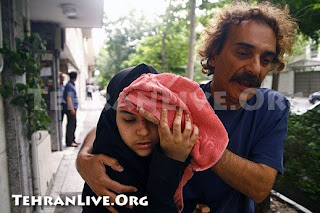 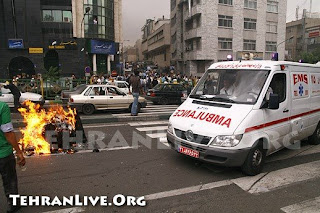 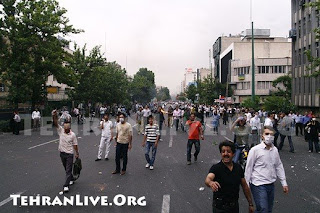 I never want to hear how st00pid or worthless teh intertubes are. The failure of American and international media is stunning.

That a new information technology could be improvised for this purpose so swiftly is a sign of the times. It reveals in Iran what the Obama campaign revealed in the United States. You cannot stop people any longer. You cannot control them any longer. They can bypass your established media; they can broadcast to one another; they can organize as never before. 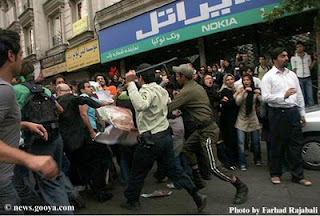 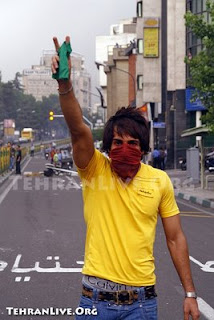 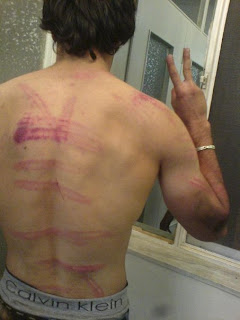