I am currently finishing a long, yet fascinating book on How Rome Fell, and I will report on it when I have finished. Suffice it to say that along with a good history of late Rome, it also examines the notion of Empire.
So this week I wanted to point at some books that I am anxious to read this summer. Unfortunately, unless you have some odd tastes in literature, none of them seem to be books to be read at the beach.

First up is Moving Millions: How Capitalism Fuels Global Immigration (Wiley $27.95) by Jeffrey Kaye. In full disclosure, I need to say that folks at Wiley were kind enough to send me a copy gratis, and that the author is an old friend of mine. And if you are fans of PBS' Newshour, you may remember Kaye as one the show's special correspondents. Immigration is certainly an on-going and important isssue in our daily politics, and this book promises to be a great contribution to the debate. Basically Kaye contends that Coyote Capitalism, the notion that human labor is like any other natural resource and "supplies" are shifted to whereever there is a need, is practiced by both businesses and governments. And these workers are "pushed out, pulled in and put on the line", without regard for the economic consequences, or for communites, or for the individuals involved. I will devote a full book report to this very soon. 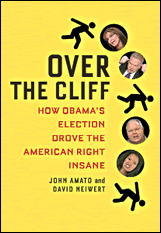 From the editors of the blog Crooks and Liars, Over the Cliff: How Obama's Election Drove the American Right Insane (Polipoint $16.95) is an examination of current right wing thought and how in spite of all evidence to the contrary, all sorts of politcal memes are believed by these folks. The book's authors are John Amato and David Neiwert; I reported on David's book The Eliminationists here last year.

Over the Cliff has just been released and I look forward to reading it, long having been a fan of C and L. 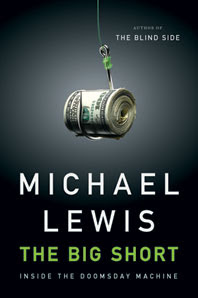 Recently published in March, Michael Lewis' The Big Short: Inside the Doomsday Machine (Norton $27.95) tackles the current economic collapse and how it happened. Lewis' previous books, such as Next and Moneyball, were well-researched, incisively written and explained in words that those of us without backgrounds in the field could understand and grasp. (I personally love Moneyball, which is about baseball and stat geekdom...right up this long-tme fantasy baseball league player's alley). I expect The Big Short to equally illuminating. 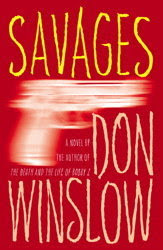 Finally, both Seattle Tammy and I both love the novels of Don Winslow. I first discovered him when I read The Death of Bobby Z, and went on to read both his earlier novels and his most recent ones, including Power of the Dog, which is one of the best thrillers I've ever read. His new novel, Savages (Simon and Schuster $25.00), is due out in July. It apparently involves a threesome of Laguna Beach marijuana kingpins who happen to run afoul of a Mexican drug cartel. One of the three is kidnapped and held for a large ransom, which the other two agree to pay, but come up with an alternative plan for her release. Nothing is ever straight forward in a Winslow novel.

So, what are you reading this summer?

These books are available from Jackson Street Books and other fine Independent bookstores.

As always, books ordered here will have a freebie publishers Advance Reading Copy included as a thank you to our blogosphere friends.
Posted by SeattleDan at 11:36 PM 2 comments: