Department of Book Reports: Renegade: The Making of a President

Renegade: The Making of a President, by Richard Wolffe (Random House $26.00) Early on in the 2008 primary season, Candidate Barack Obama urged Newsweek writer and MSNBC correspondent, Richard Wolfe, to write the story of the campaign in the tradition of the old Theodore White books, The Making of a President for whatever year there was an election, beginning in 1960. Wolffe, (who, incidentally, has authored as well two Spanish cookbooks, Tapas: A Taste of Spain in America [Clarkson Potter in the US and Planeta in Spain, 2005] and Made in Spain: Spanish Dishes for the American Kitchen [Clarkson Potter, 2008]), was initially reluctant to do so, but finally decided to do so upon further urging and with the promise that Obama would give him exclusive interviews, with the caveat that Obama would not tell him certain things, like how he really felt about some of his opponents.

And Wolffe succeeds. The book gives a great feel about how the campaign ebbed and flowed. Beginning with the successfull organizing and winning of the Iowa caucuses, to the bruising primaries against Hilary Clinton, through the Reverend Wright controversy, and the writing of his great speeches on both race and his convention acceptance speech, and onto the fall campaign against John McCain, frequent contributor to the General's blog.

Wolffe acknowledges the contributions of a staff put together by Obama that included the David's Plouffe and Axelrod and his speechwriter, Jon Favreau. The organization was led firmly by Obama, who kept staff and volunteers focussed, and in style by being No Drama Obama. And while also acknowledging Obama's ambition, he notes the candidate's (and as President-Elect) willingness to have people around him that would challenge his own positions and mind-set.

Wolffe makes clear that Obama, even early on, has that mind-set of looking forward, and not looking back and, above all, wanting to be a transformative candidate and President. And therein may lay the problem many Progressive critics have with the President thus far. The looking forward seems to mean not looking seriously at the crimes of the previous President and his administration, which seems to skewer any notion of justice that we know. And for the transformative portion, we see too much of executive perogatives being defended, with too many compromises on the important issues. When will we see action on Dont Ask, Dont Tell, or the Defense of Marriage Act? What is Health Care reform without a public option? Why is Single-payer off the table? Of course it is still early and with the complete mess Bush left the country in, there is much to be done and not all can be done immediately. I get that. And I remain a hopeful man, and perhaps this administration can be the most transformational since FDR's. I read this book with the expectation that I could get fired up and ready to go. There is much of that. There remains much to be done.
Renegade: The Making of a President is available at Jackson Street Books and fine independent bookstores everywhere.

*Note from SeattleTammy: If you need more reasons to shop your local indie bookstore, please watch this video from our colleagues at The Regulator Bookstore (HT to our SLpal Griffin!) While we can't quite make the same claims, being online only, re-using and recycling our packing materials is a priority for us. I re-use packing paper to wrap your purchase and re-cycle bubble envelopes whenever possible. We ship via US Postal services and the mailman is already coming to your house, so we aren't dispatching a separate truck.


Sad news in today's paper. The voice of Gumby, Pokey, Archie, Buzz Buzzard & Wally Walrus, Toughy, Bucky and Pepito, Courageous Cat and Minute Mouse, Professor Calculus, and Cincinnatus the storekeeper, has passed away. Dallas ("Dal") R. McKennon had been living in Raymond the past few years to be closer to his family. More here. 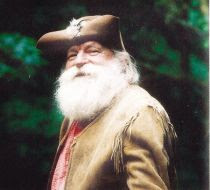 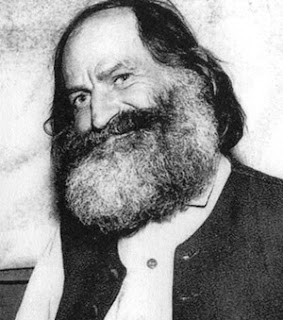