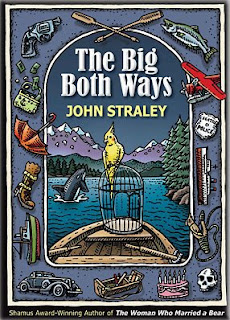 John Straley's The Big Both Ways (Alaska Northwest Books, $25.95) is not to be missed by history buffs of Northwest Labor Movements. Fleeing from Seattle's labor strikes, Slip Wilson finds himself and a known "Red" in a small dory paddling toward Juneau's miner strike of 1935. Ellie Hobbes has custody of her young niece and the girl's cockatiel. She'll keep giving speeches, despite the beatings at the hands of police and strike-breakers. Straley says this is a tall tale, to be told around the campfire, and oh, what a tale it is! 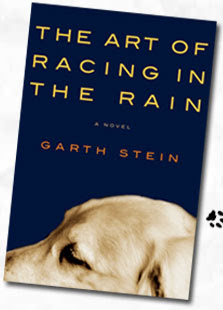 The Art of Racing in The Rain, by Garth Stein (Harper, $24.95) Narrated by the big hearted Enzo, this story reminds us of the grace of everyday, the preciousness of each moment. “In Mongolia, when a dog dies, he is buried high in the hills so people cannot walk on his grave. The dog's master whispers into the dog's ear his wishes that the dog will return as a man in his next life." Enzo, watches everything, the untimely death of Denny's wife and the 3 year battle with his inlaws for custody of their daughter, doing all he can to keep this family intact. Heartbreaking and achingly perfect this book is really impossible to describe. Enzo is a dog who can explain what it is to be human.