Department of Book Reports: Books on the Nightstand 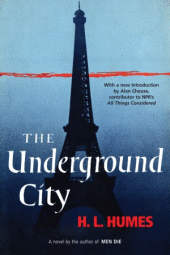 So what do I do when I'm between books? Why, I pick up a couple of hefty tomes that will take me a month or so to read.

First up, H.L. Humes' 755 page opus, The Underground City (Random House $15.00). Originally published in 1958, this book was one of two novels that Humes wrote, the other being Men Die (Random House $13.95), which was came out a year later. The plot involves a cast of characters in post WW-2 France. An American, John Stone, is a former secret agent who's life intersects with the American Ambassador, and a mysterious man, Dujardin who has been sentenced to death for treason, among others. Alan Cheuse, the NPR book reviewer, provides the introduction,at describing his own encounters with Humes and his work. Cheuse implies Humes' style was sort-or Proto-Pynchonesque, with story threads of intrigue and paranoia.

Humes himself was an interesting man. He was, along with Peter Matthiessen, a founder of the literary journal, Paris Review, to which they soon invited George Plimpton to edit. He was also an early advocate of LSD, which apparently a large dose completely altered his mind. He also invented a "cure" for heroin addiction, that used medical marijuana. 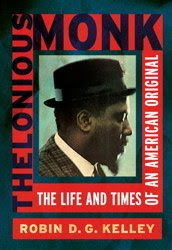 The other book is Robin D.G. Kelley's Thelonious Monk: The Life and Times of an American Original (Free Press $30.00). It is long, critical look at that great Jazz master. Fortunately, although scholarly sound with notes and index, Kelley is a good writer and from what little of I've read, the text is fluent and without jargon. I'm an unabashed Monk fan; when I DJ in Second Life, you can pretty much be assured of there being a tune or two. Here's a tune for you:

What book is on your nightstand now?

These books and many more are available from Jackson Street Books and other fine Independent bookstores.

As always, books ordered here will have a freebie publishers Advance Reading Copy included as a thank you to our blogosphere friends.
Posted by SeattleDan at 11:43 PM 1 comment: