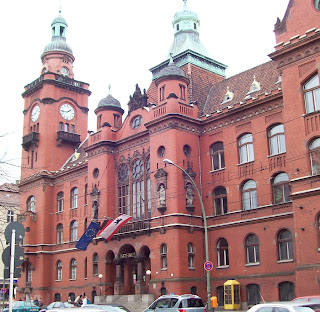 Hope you are well!
Here is instalment #4 in our series “Nothing much interesting about Serenity’s travels”; and in this episode, Serenity actually left the house! ...well, I had to, because my passport is only valid for another couple of weeks, so I tramped to our local (i.e., for this borough of Berlin) town hall to apply for a new one. Our town hall, however, is actually quite pretty, so here are a few pics for you. The building was erected between 1901 and 1903. The internal shot (pic #16) is the entrance hall, just as you get in through the main doors (pic #15).
And, since there was scaffolding covering some of the facade today, I nicked the last pic (#17) from the intertubes. (Ed: that's at the top there now)

The website I stole that final pic from, by the way, seems to be of a local person; the domain translates as Grampa Hagedorn He even greets visitors per audio in the finest of Berlin accents. I recommend having a look. There are a bunch of photos of an exhibition (which had apparently been held in the shopping centre across the street) of stuff inventive people in the DDR had built in their spare time, including a racing car made from the same material as the Trabant ...Duroplast, My family had a Trabbi until just before the wall came down :) ); a home-built computer; a DDRmini-motorcycle disguised as a BMW one; a beer dispenser made from a cement mixer; and other such gems. Oh, the stuff you find through random intertube-picture-stealing! :) 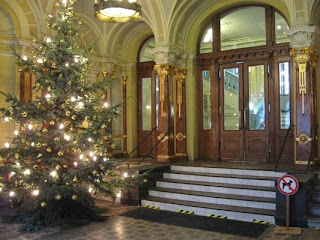 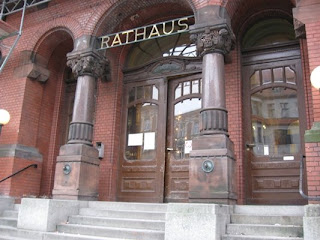 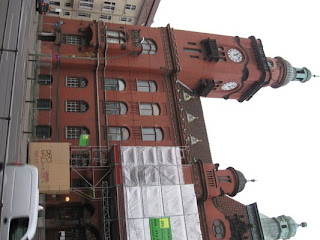 (Editor: Dammint! I know I rotated that picture before uploading. Tip yer head sideways for a moment... Thnx.) 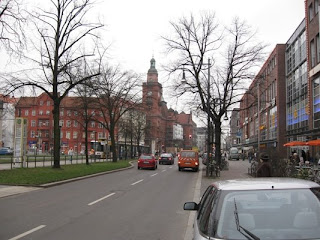 Hey cool Serenity! This is so fun! I finally found you here... as usual, I am Skallywag slow. But, seriously... PLEASE send me your mom's recipe for Stollen!!

We need a good recipe for it, and we need it now :)

Mom's recipe? LOL (<--- mom's reaction)! ... But seriously, my family is not that crafty and Stollen is not for beginners. However, I dare you to find a recipe, make a Stollen and have me over for Stollen and Swedish cocoa (that's with advokaat) in that awesome house of yours. Mom was all "oh" and "ah" upon seeing the pics. I myself was quietly jealous. :) Keep crossing your fingers y'all that I will see a snowflake yet this year!